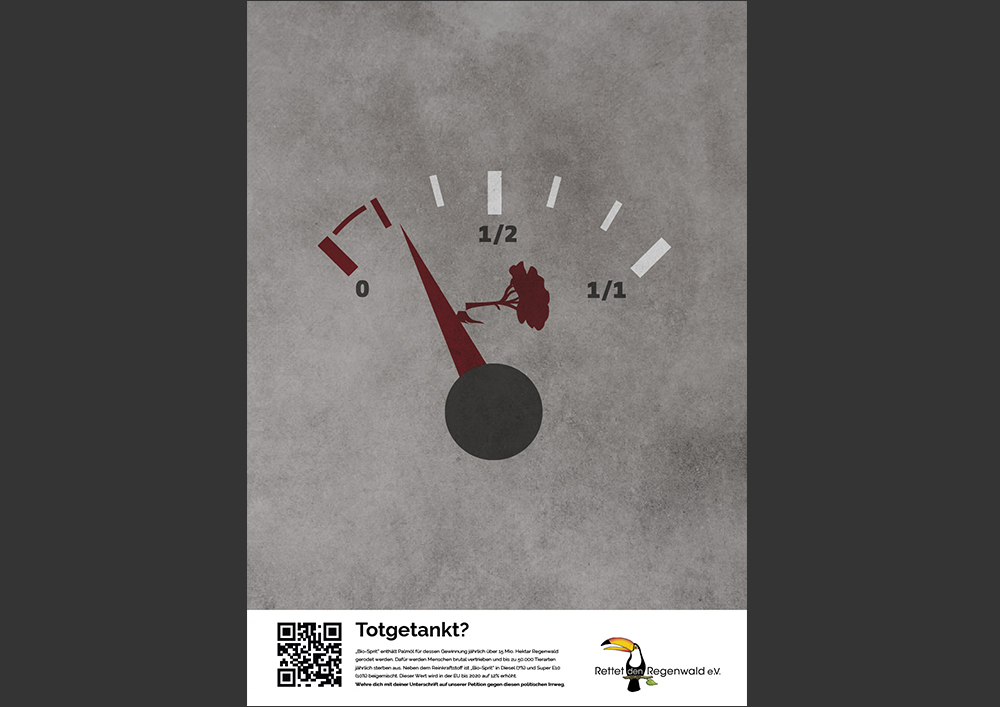 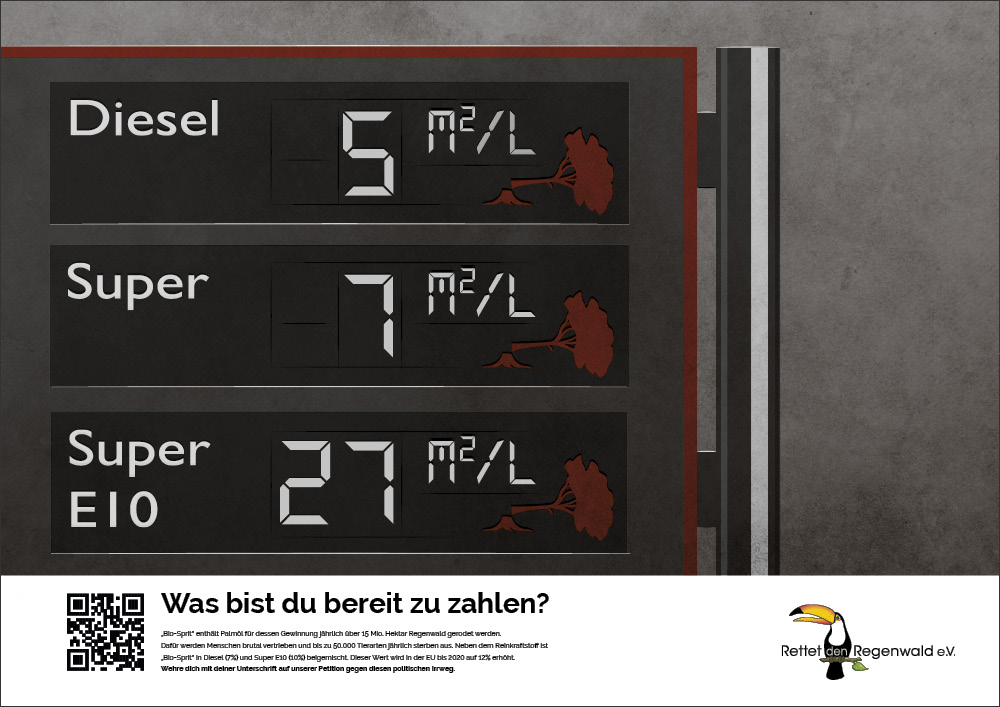 Rettet den Regenwald is a german non-profit organisation who is working towards rainforrest protection. As part of a design competition an add campaign for one of their campaigns against the use of palm oil was created together with Angelika Nikielska. While there were no ranked winners this campaign was choosen as one of the top entries by the organisation itself and might be used by them in the future.

The idea behind it was to not only inform people about an issue but give them a way to become active and do something against it by signing a petition against raising the amount of palmoil in gasoline by 2020.