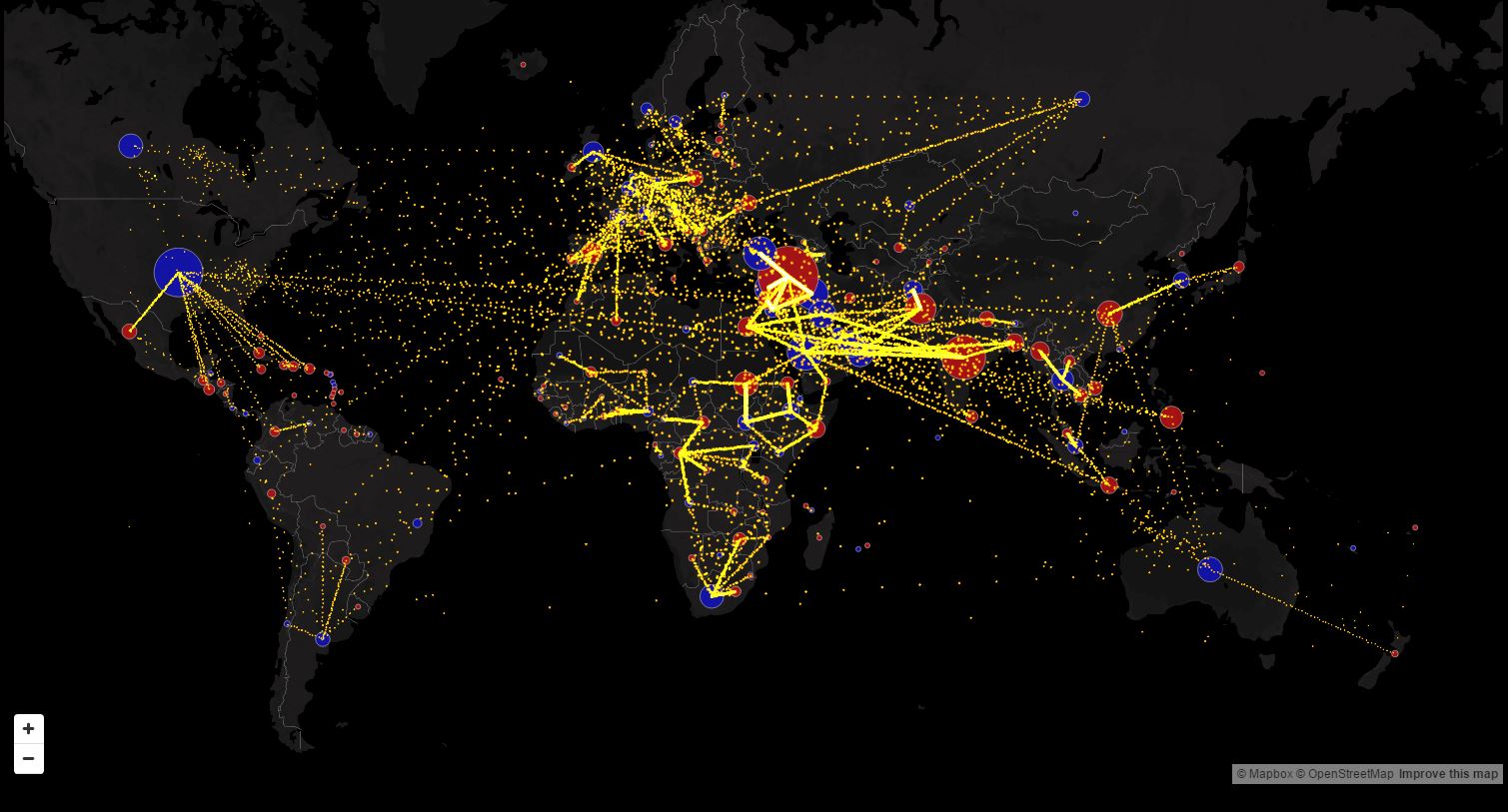 Today I found this really interesting map by metrocosm.com showing a visualisation of the world’s migration pattern.
It shows the net migration between countries as small yellow dots connecting red and blue circles. While a blue circle means this country is taking in more immigrants than people migrating away, the red shows the opposite. The bigger the dot is, the more extreme is the net number. Clicking on these dots toggles off any movements unrelated to the selected country.
Important to remember is that a small circle or a slow flow of yellow dot’s between two countries doesn’t mean that there are no people moving here, it just means that the number of migrants and immigrants is zero or close to equaling out.

It is clear to see how the conflicts in the middle east have a big influence, but we have to keep in mind that today it would probably look somewhat different because the data used to create this map is from 2010 to 2015. I believe one year can make quite a difference here.

It’s also interesting to see how strong factors of historic and political influences and of course languages seem to play.

This site uses Akismet to reduce spam. Learn how your comment data is processed.